Hello nail geeks! I’m back today with Illyrian’s summer releases! These will be offered in a round two release. The Hello Earthlings collection is a quartet of shifty, shimmery, sparkly goodies that offers something to see in any lighting. Let’s get started!

I’ll have a video link at the bottom, highly recommend checking it out to see these babies in action, especially Astroworld!

Astroworld. Swatches show three coats with topcoat. The magnet was applied on the third coat. I did two thin coats to start off with, and the third coat I went in a little generous. This polish is positively loaded with magnetic pigment. In indoor lighting you’ll see a navy, almost indigo base with a backdrop of light blue and turquoise flakies that lay down flat. The magnetic lines appear as a bright pink, with secondary lines in a brilliant gold. You’ll see the gold come out to play in shaded areas, and the lines have lots of movement to them. I had no texture after topcoat. 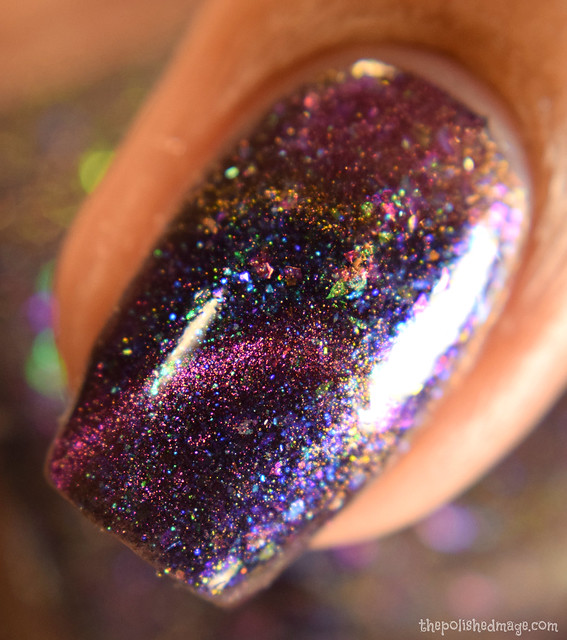 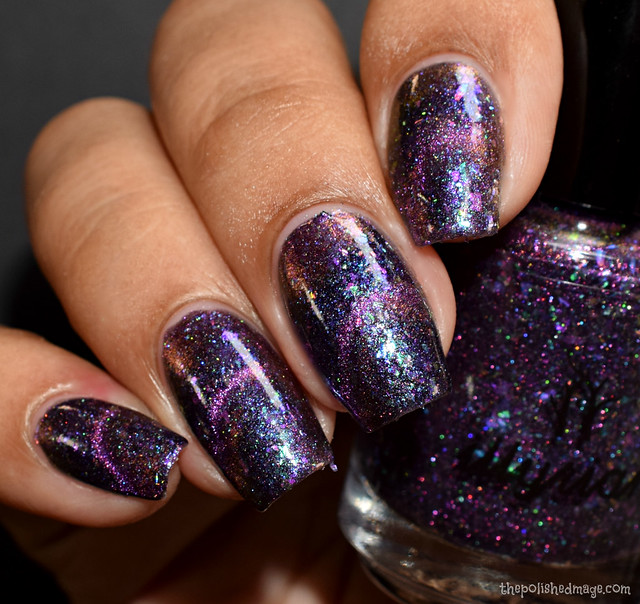 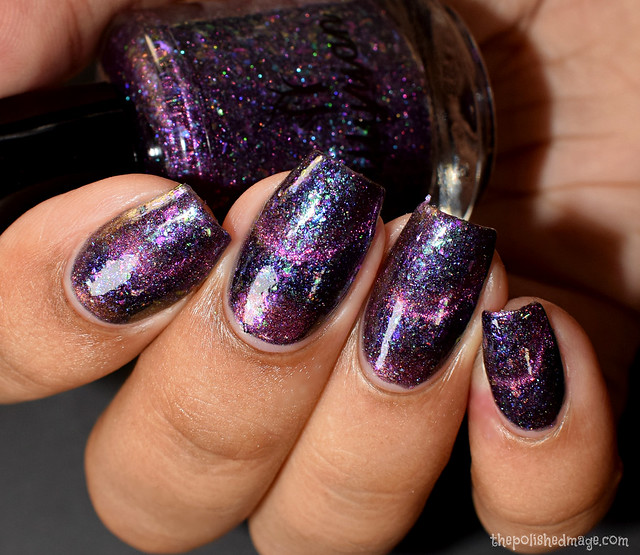 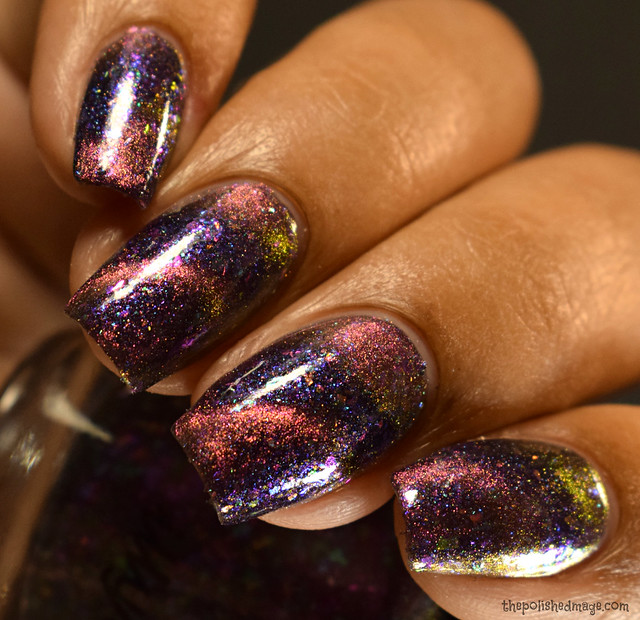 Hello Earthlings. Swatches show three coats with topcoat. It’ll start off sheer on the first coat, but I had full coverage on the third. In person, you’re going to see the base as the color you see in my macros, it’s a dominant purple in what looks to be an indigo base to me. In bright lights it’s going to look like the blue you see in my normal shots. There’s a strong gold and green shift on tilt that was being stubborn and shy in my photographs. This sucker is shifty, you guys. The flakes lay down flat and add a nice depth to the overall finish. I’d describe the main shift as purple, to blue, to gold and green. 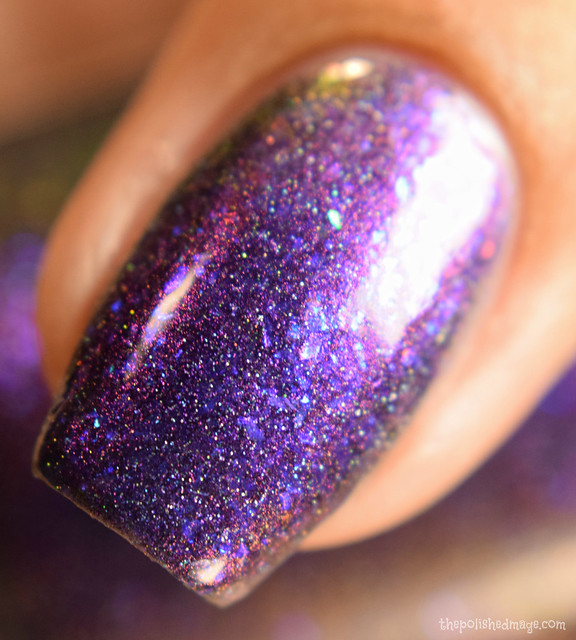 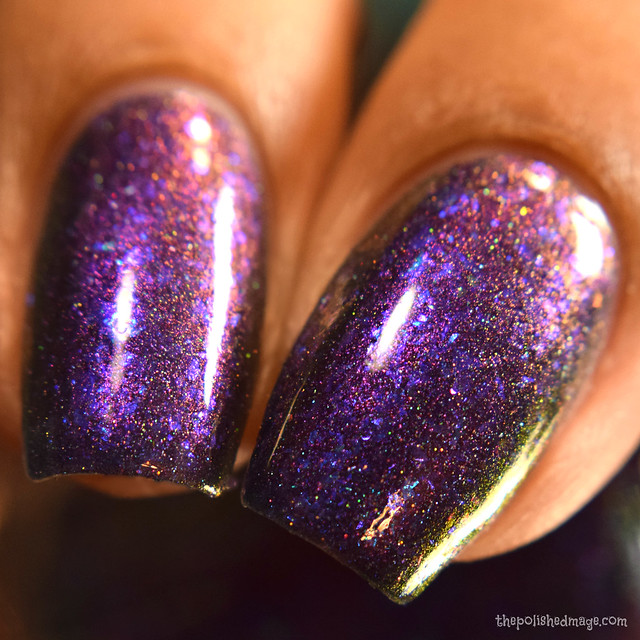 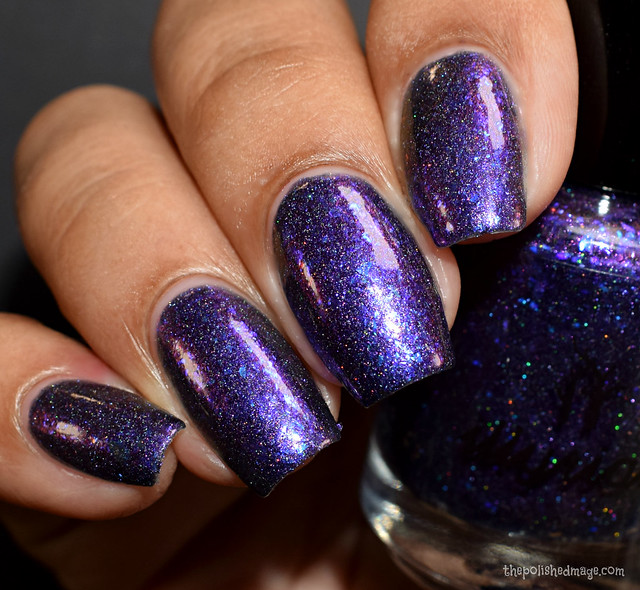 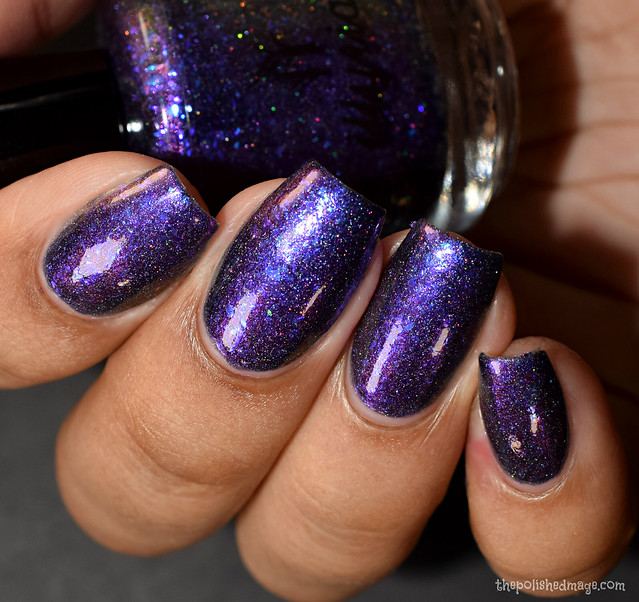 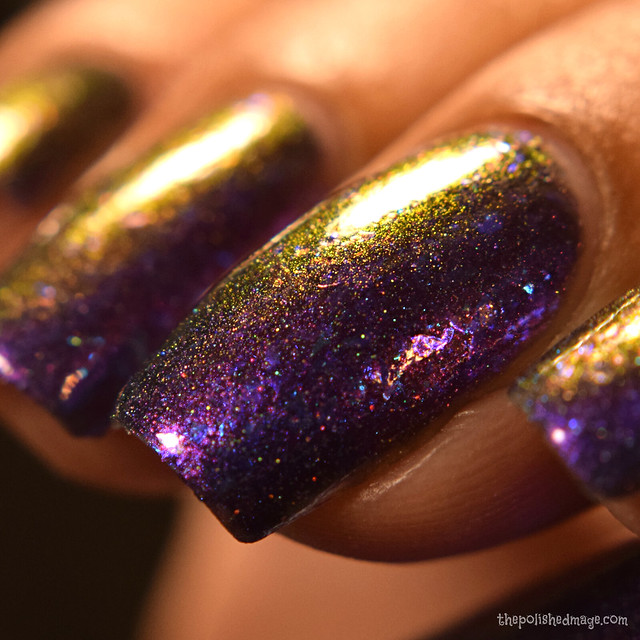 Red Planet. Swatches show two coats with topcoat, the formula is similar to Hello Earthlings. The base is a rich crimson with an easy fiery orange/gold shift on tilt. The flakes give an overall pink and fuschia appearance and they laid down flat for me. Formula has a nice rich feel that I think most should be fine at two coats. 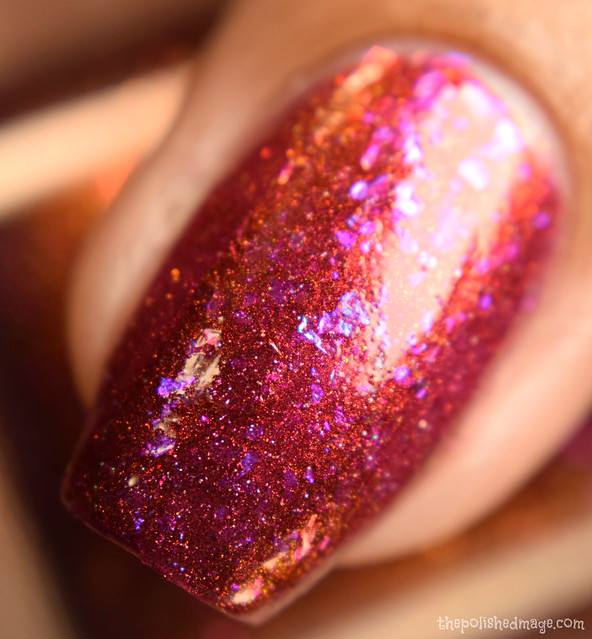 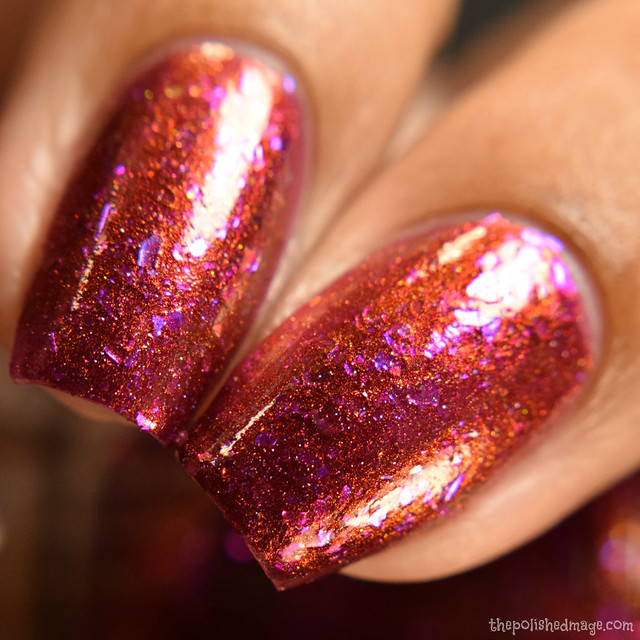 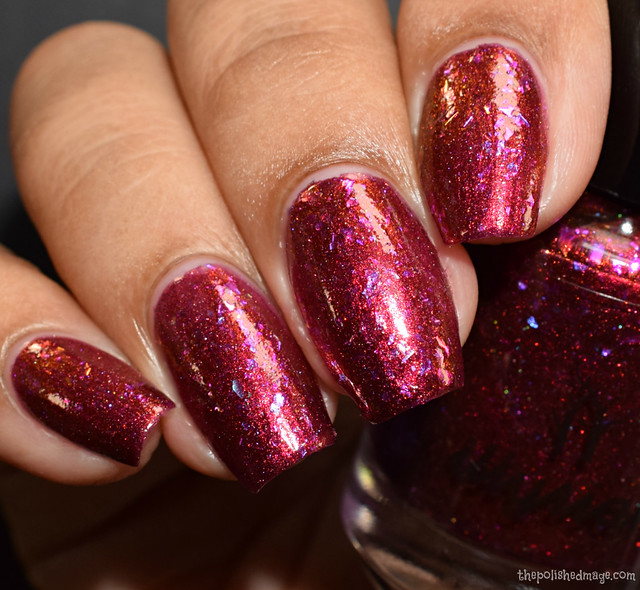 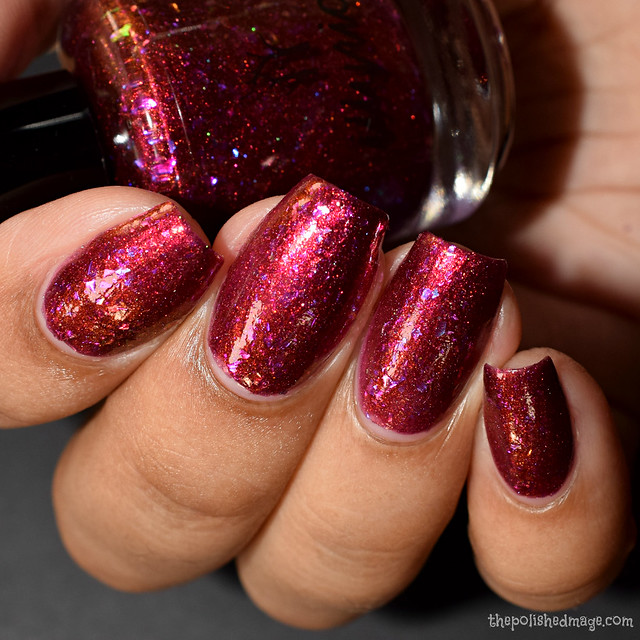 Beep Boop. Swatches show two coats with topcoat. The formula on this one is rich and creamy, and I didn’t see any VNL after two coats. There is in intense blue shift from the flakes that you can see peeking out on my second macro shot. The base is a lush teal that I think will pop on medium and deep tones. I think this was my favorite in the quartet, it’s one of my favorite shades that I feel like I don’t see enough of. The flakes appear green against the base, but on tilt you’ll see the magic happen. No texture after topcoat. 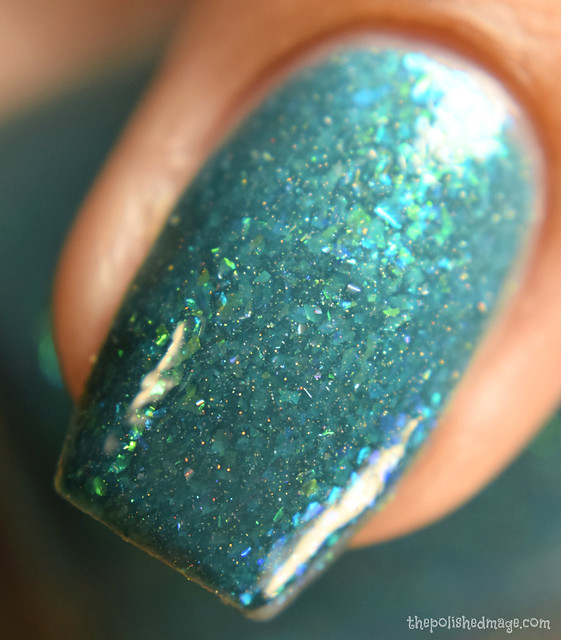 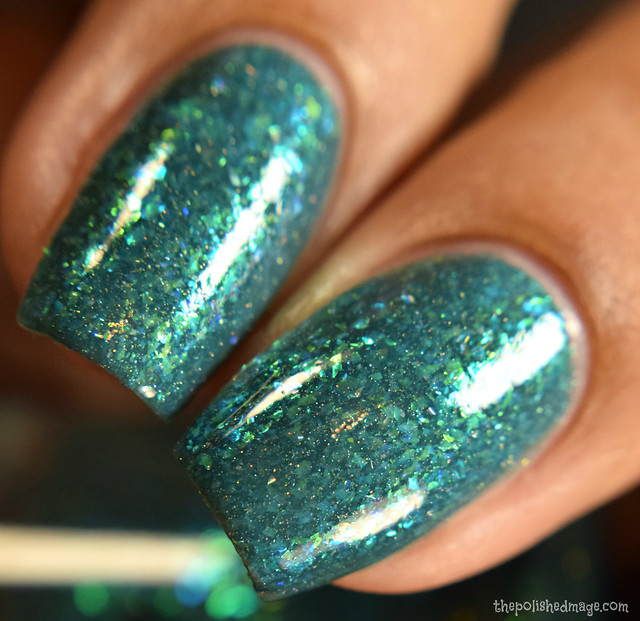 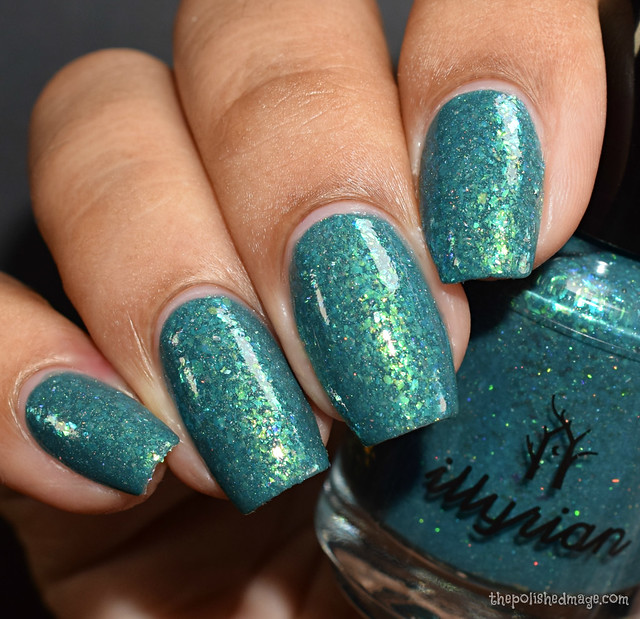 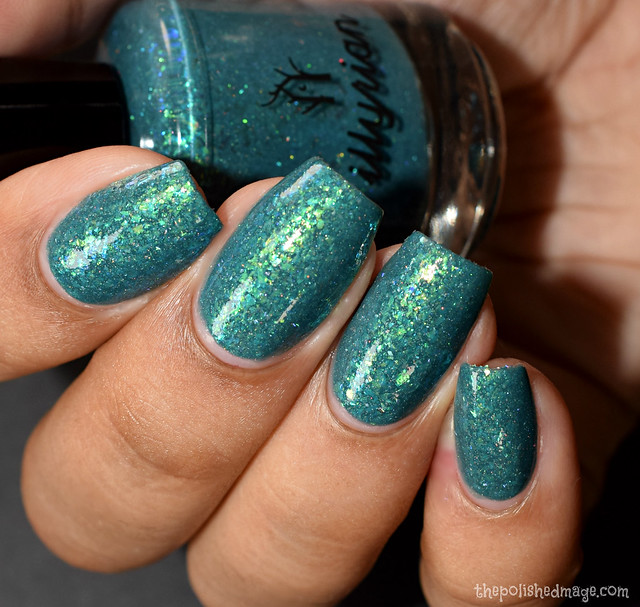 The summer collection will re-release August 17th at 6pm CST. This will be a big restock, with way more than the quartet releasing again. Be sure to join the Facebook fan group so you can get all the details as they’re posted!